The paintings in Zoology are part of a continuing series of works inspired by natural history museum displays and illustrated atlases. The grid-like arrangements, which echo the arrangements of specimens in display cabinets and on atlas pages, provide compositional scaffolding for playful variations and comparisons of animal forms.

My interest is not in the genre of “wildlife illustration” as it is often practiced but rather in the history of our thinking about animals, the ways in which we depict them, and the ways in which we mentally visualize them in our memories and imaginations. I am especially interested in children’s depictions of animals.

I also like works in which the artists try to express the characters or personalities they imagine the animals to have.

Early examples of animal descriptions and taxonomies include Aristotle's History of the Animals and Pliny the Elder's Natural History. Visual depictions of types of animals can be found in Roman paintings and especially mosaics


Later, in the east, Zakarīyā ibn Muhammad al-Qazwīnī (circa 1203–83) wrote the widely copied and translated Wonders of Creation, which included a catalog of real and imagined creatures.

Such early examples inspired my handling of the subject of fish.


European medieval bestiary manuscripts featured both actual and fanciful animals in order  to list and describe them and also to convey allegorical religious and moral messages. (The Medieval Bestiary is a useful online resource for images and information.)


Aesop's (ca. 620-564 BCE) Fables or the Aesopica had an even earlier history of animal subjects and narratives employed for moral instruction. Illustrated manuscript and printed versions of the fables continued to be produced during the early modern era.


Early printed books and atlases facilitated the spread of knowledge about animals. Collectors displayed live specimens in private menageries and preserved ones (along with other curiosities) in wunderkammer. Such menageries and curiosity cabinets were the forerunners to today’s zoos and natural history museums.

Our human similarities with animals, especially primates, have long been a subject of intense interest. Linneaus drew close connections between humans and other primates by placing them in the same category of Anthropomorpha in his early volumes of the Systema Naturae.


Of course Darwin continued to explore such connections not only in terms of taxonomy and evolution but also in terms of behaviour and emotional expression in The Expression of Emotion in Man and Animals (1872).

I have found it both interesting and challenging to try to convey a sense of emotion, character, and even personality in primate facial expressions.


John Berger, in his essay Why Look at Animals? from his About Looking (1980), notes that over time our connections with animals have become less meaningful since most of us do not work with them daily on farms or other settings nor do we raise or hunt them for food. Merely having pets or seeing animals in zoos creates relationships with animals that can be problematic. Others such as Frans De Waal and Jane Goodall have thoughtfully explored animal (especially primate) intelligence and their complex social relationships, while still others such as Robert Sapolsky have written about our human physiological similarities with animals that we ignore to our detriment. Peter Singer has also explored our close  resemblances with other animal species, raising serious questions about ethics and animal rights.

More of my paintings of animals and other subjects can be found on my website at
https://sites.google.com/site/davidholtpaintings/ 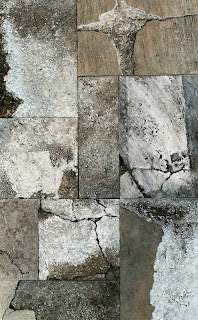 loop Gallery is pleased to announce Surface - A Collection, part 2, a new exhibition by Carolyn Dinsmore
Carolyn Dinsmore’s paintings of roads and rocks are cropped landscapes (urban and rural) that zoom in and focus on surface pattern and texture. Collecting photos, litter, stones, etc. during everyday travels through familiar surroundings help in reconstructing images - evidence of everyday use and natural erosion. Weathered layers express the opposing dynamic of building up and wearing away.
The composite, quilt-like paintings are inspired by African cloths (made by the people of the Congolese Kuba tribe) on which were appliquéd motifs representing an interpretation of  their physical surroundings. The cloths, made up of panels sewn together, are wrapped around the body and worn as ceremonial dance skirts. New appliqués were added as patches to mend worn out areas.
Carolyn studied art history at Queen’s University and the University of Toronto and taught art at the high school level. She left teaching to open a shop that specialized in decorative textiles from India, Africa, and Indonesia. For the first incarnation of the shop, Carolyn made her own hand- woven textiles – wall hangings, rugs and cushions. After retiring from the retail business, she got back into her art practice by attending the adult art program at Central Technical School. The resulting paintings seem to be a sub-conscious response to texture and pattern, coming from a close connection with textiles for so many years - chunks of rock and road from the surrounding landscape like swatches cut from bolts of fabric. 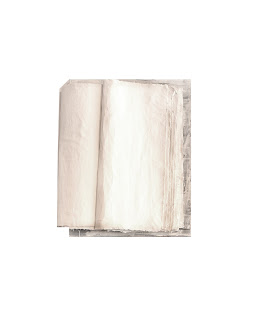 The pieces that comprise Kim-Chisholm's latest exhibition symbolically communicate the vital significance of the pages that make up the books of our lives.  Our memories, experiences, hopes, joys and disappointments are each symbolized by a page or a coil in the unfolding of our individual life journeys.
The works are made with white fabric saturated with white plaster.  The fabric symbolizes how our memories and experiences are tightly woven together within the events of each of our lives, while the central importance of the colour white, through its reflection of most of the wavelengths of visible light symbolizes how our memories, experiences, hopes, joys and disappointments are reflected in our lives.
Kim-Chisholm is a Toronto artist and art educator, who has been a longstanding member of Loop.  She has participated in many group and solo exhibitions in both South Korea and Canada and has also been retained for many private commissions in both Asia and in North America.  She graduated from Chu-Gye University for the Arts in Korea and the Ontario College of Art & Design University.  Her work can be found in numerous private collections.
Image: Pages from Life’s Journey, mixed-media, 2014
loop Thanks : AUDAXlaw     Sumac.com 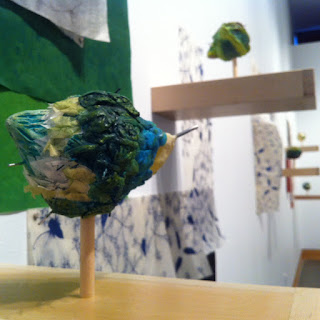 loop Gallery is pleased to announce Makeshift, a new exhibition by Elizabeth D’Agostino.
D’Agostino has spent the last few years building fictitious environments merging elements both real and imagined. As a child, she curiously    watched her father graft his backyard fruit trees. She would watch him carefully join sections from separate varieties of trees and as a result would produce an assortment of fruit from a single tree in an urban setting.Makeshift chronicles D’Agostino’s fascination with grafting and attempts to create a catalogue of re-organized components and fictional categories of nature with an invented narrative.  D’Agostino draws from biodiversity and the complexities of the changing landscape emphasizing how various paths of nature have been interrupted by rapidly producing populations.
D’Agostino holds a BFA from the University of Windsor and an MFA from Southern Illinois University.  Her work has been exhibited in Canada and internationally including The Kelowna Art Gallery, Iziko: Museum of Cape Town, South Africa, Manhattan Graphics Center, New York, and The Print Center, Philadelphia. D'Agostino's prints can also be found in many private and public collections including the University of Changchun Jilin, China; Anchor Graphics at Columbia College Chicago, Illinois, Department of Foreign Affairs Canada, and Ernst and Young, Canada. She was awarded an Honourable Mention in the 2014 National Open Studio Printmaking Awards, and was selected by the Department of Foreign Affairs, Trade and Development Canada to create a carpet design in the Ontario Room for the newly renovated Canada House in London, England.
D’Agostino lives and works in Toronto and is currently the Managing Director of the Toronto School of Art. She is also a member of Open Studio    Fine Art Printmaking Centre.
Image: Makeshift I-III, 2015. Collaged print, etching, monotype, silkscreen on Inshu Gampi tissue, and paper      clay Gampi sculpture on floating wood shelf.
Exhibition detail, Kelowna Art Gallery 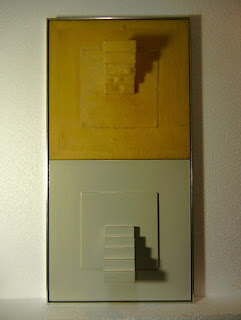 loop Gallery is pleased to announce Staged Standards, a new exhibition by kipjones.

Staged Standards is a response to an ongoing study into architectural iconography as a sculptural gesture. The work consists of a series of materially aesthetic investigations of formally staged wooden fabrications and their echoed forms.  These austere scaled assemblies of an architectural vernacular address the notions of permanence and transformation as a reflective relationship between the elements.

The latex rubber forms act as dualistic moments in an inter-connected relationship with their mirrored wooden original. Pragmatically this work utilizes the inherent properties of latex rubber, its skin like qualities and it structural integrity, as containers of forms and icons.  The hard surfaced reality occupies a antipodean position in relation to the soft skinned latex empty vessels, constituting a connective bridging of the organic and the man-made - the mind and body - nature and culture.
Staged Standards are formal self-reflective acts of inherent tension and linked associations, a redefined vocabulary of form.

kipjones is an active and experienced Toronto public artist, sculptor and instructor. His artistic research addresses the complex potentialities of space through site-specific installations, public art and object making. He graduated 2011 with an MFA: sculpture from Concordia University in Montreal.  He has exhibited and participated in residencies nationally and internationally.  His public art can be engaged with in Kelowna BC, Calgary AL, Moncton NB, and most recently Gambrel Journey for the City of Markham Ontario.

Video clip of Libby Hague's Installation at the AGO 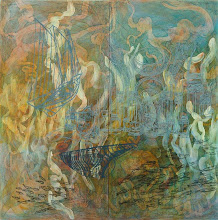 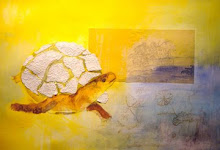 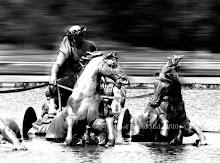